Learning to Fly: Kiters Warm Up During Day One of Kite Foil Gold Cup

To the untrained eye, Thursday afternoon on Crissy Field looked like a mess. There were kites and lines and boards strewn about the beach, apparently haphazardly. There were kiters running through the sand, panting and shouting lines such as "I was crushin' it until I got hit by that friggin' devil puff!" The breeze was kicking up sand everywhere and it seemed as though no two accents were the same: French, South African, German and "Surfer Bro" accents toppled over one another.

"Yellow fleet, go sailing!" Race organizers shouted out from the regatta tents, and half the fleet mobilized. Race Committee volunteers in bright yellow jackets sprung to action, helping the kiters launch their kites. Carefully and swiftly, the athletes hooked into their harnesses, checked that their lines weren't tangled and then let their kites soar upwards, catching enough breeze to get them momentarily airborne so they could trot, weightless, to their boards. Then, they were in the the water, feet into straps, and woosh—they foiled away. Just seconds after launching, they were foiling two feet above the San Francisco Bay. 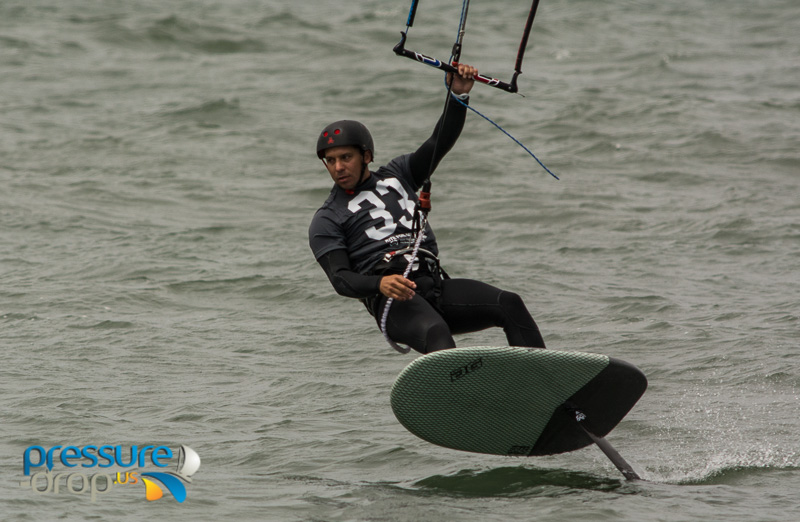 "Today has really been about working out the kinks and getting used to the venue" says St. Francis Yacht Club Race Coordinator Graham Biehl. "Most of these kiters have a kit that includes a few different kites, boards and even foils, and they're figuring out what works best in these conditions. It's a matter of finding a balance between speed and power." For the most part, competitors were opting for their smallest kites, as conditions were fairly tough: breeze consistently above 15 knots and a building ebb tide that brought a fair amount of chop. 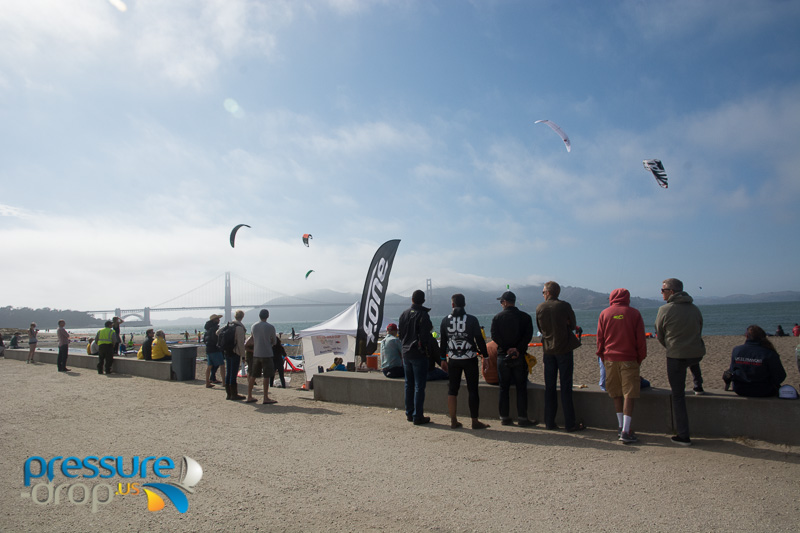 At the end of five hard-fought races between the 69 competitors, the French were in the lead. Maxime Nocher and Nico Parlier were tied for first with 4 points, Axel Mazella and Johnny Heineken were tied for second with 8 points and Joey Pasquali was in third with 11 points. Erika Heineken is the current top-ranked female and Nicolai Sponholtz is in the lead for the US Youth Nationals.